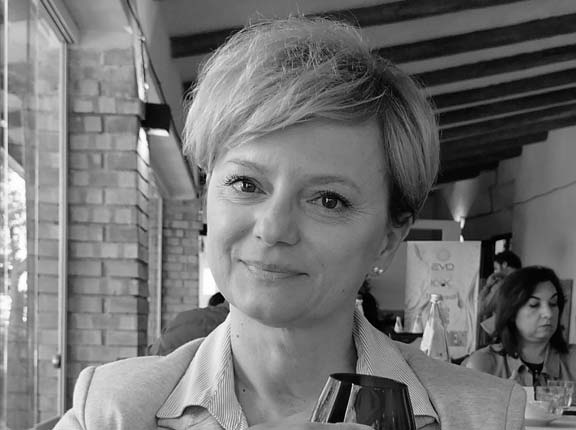 Mirella Žanetić is an assistant professor at the University of Split in Mediterranean agriculture, specializing in extra virgin olive oil and in particular its sensory analysis, aroma profiles, oxidative stability, bioactive compounds and antioxidants. She is also a research associate at the Institute for Adriatic Crops and Karst Reclamation in Split. Mirella holds a Ph.D. in Food Technology and Biotechnology from the University of Zagreb. Since 2015 Mirella Žanetić has led the professional panel group for sensory analyses of virgin olive oil at the Institute for Adriatic Crops and Karst Reclamation while judging at many international EVOO competitions in Italy, the USA and elsewhere. Over the past twenty years she has followed scores of seminars and training sessions in many parts of the world, all relative to olive oil, and has published many scientific articles. From 2013 to 2016 she was part of the Organizing Committee of the 8th International Olive Symposium which was held in Split and she is the recipient of several awards, including the Pavle Bakarić life achievement award in olive oil and olive growing, the 2020 Olive Oil Days of Hvar’ Island Award for contributing to science and the 1991 Rector’s Award at the University of Split.