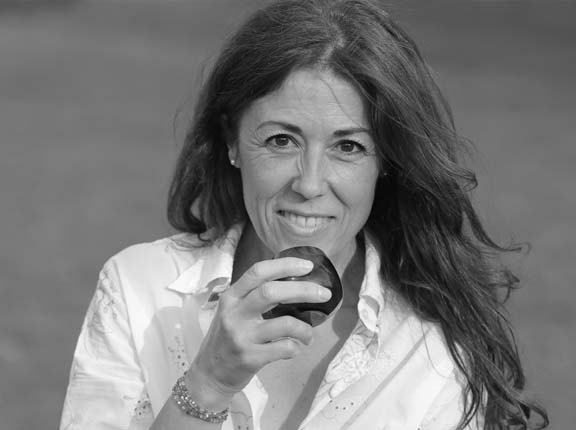 Carmen Sanchez Garcia is an olive oil consultant who was born in Valdepeňas, Spain and currently resides in Pulheim, Germany. She holds a degree in Economics from the University of Castilla La Mancha and is an accredited Extra Virgin Olive Oil Taster through the University of Jaén. Her consultancies have led her to work with many Michelin-starred chefs such as Alexandro Pape (Altes Fährhaus), Andreas Steinwandt (Kleine Brunnenstrasse) and Nelson Müller. With Munich’s Confiserie Opaque she has developed a ground-breaking series of EVOO chocolates exclusive to high gastronomy. As an educator and lecturer Carmen has led numerous events, presentations, lectures and workshops on olive oil, for prestigious entities such as Thyssen Krupp, Vitra, Anuga, Edeka Supermakets, Cervantes Institute Bremen and Google Deutschland. Recently, Carmen lectured at the Ciudad Real Chamber of Commerce and at the Mimara Museum in Zagreb. She was also a participant at the prestigious San Sebastiàn Film Festival, with Jose Luis Lopez Linares’ film Jaén Virgen Extra, in its new culinary cinema section. Carmen has judged at Biopress and Feinschmecker (Germany), at Ovibeja (Portugal) and at the Universitiy of Jaén in Spain at the Family Olive Oil competition (Israel).